That’s what I call a home video

So how do you make a music video without a budget? And I mean no budget at all. Not one single penny. Michele Ari – who I first wrote about here – has managed it using little more than a mobile phone and a few odds and ends she dug out from the bottom of her wardrobe. The result is pretty good too. I especially like the bit where she forgets to mime. Her recovery is terrific. The song, by the way, is the mighty catchy “Little Wars” from her “Uncharted Territory” EP. 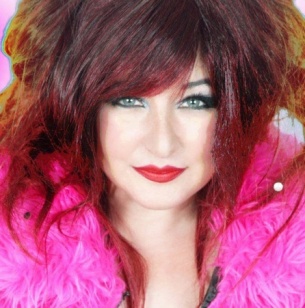 Michele Ari has itchy feet. She’s originally from Detroit, but she’s spent a chunk of time living in the Florida city of Tampa and another chunk of time living in Nashville, the country music capital. She moved to Manhattan a few months ago, but she’s heading for Portland in Oregon now. And I really do mean now. She’s sitting on the train as I write, her battered guitar across her knees and the rest of her belongings stacked up around her.

Going back to 2007, Michele also planned to spend a bit of time in the UK. She came over on what was basically a fact-finding mission. She wanted to meet a few of the promoters and journalists and radio folk she had been connecting with online. But she only made it as far as Gatwick Airport, where border control officers questioned her for several hours and, without much explanation, put her on the next flight home. She’s never returned to these shores and I can’t say I blame her, which is a pity both for her – she’s a big fan of British music, especially punk and new wave stuff – and for us.

I first came across Michele Ari during her Tampa days. She had just finished her debut recording, a six-track EP called “85th And Nowhere”. I loved her vaguely Debbie Harry-ish voice and the way she weaved stories of major disappointments and minor victories. The opening cut, the jangly and twangy “My Sleeping Beauty”, got its hooks into me so fast I was certain it was a cover. Was it heck. Since then, Michele has put out a second EP, “Mal A’ Propos”, played stacks of gigs, hung out with Mitch Easter (producer of the first two R.E.M. albums, plus Suzanne Vega and Pavement), had her photo taken with Elvis Costello, and got together another batch of songs ready for release later this year. She’s done a lot of packing and unpacking too, of course.

To celebrate her move to Portland, Michele has revamped her website – click here if you didn’t see the link at the top of this post – where you can find her two EPs available as downloads for the first time. She’s also released one of her new tracks,”Uncharted Territory”, as a download. It’s riffy and raucous and more overtly a rock song than anything she’s recorded before (she must be in the mood to experiment because another of her new tunes is a bit trip hoppy) and you can hear a clip of it on the audio player on her site. You can also listen to snippets of “My Sleeping Beauty” and “6am”, which is one of her poppier songs.

Seattle webzine The Wig Fits All Heads reckons Michele Ari is “going places”. Yeah, I’d say that was the truth in more ways than one.