Light the fuse on the shoes 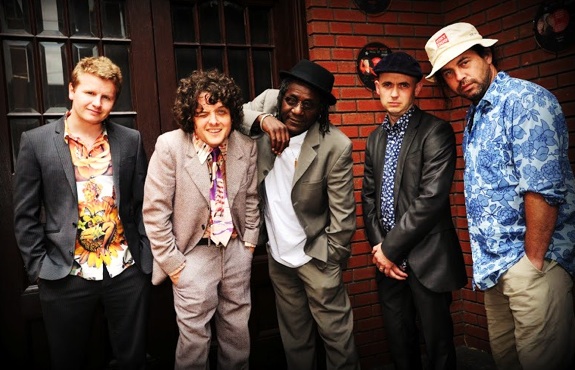 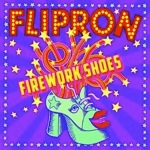 Shall we have some Flipron? They’ve just brought out a new album, “Firework Shoes”, so we should, shouldn’t we?

I have been a big fan of Flipron since Rat Scabies played me some of the demo tracks they recorded at The Arch, his studio under Kew Bridge in London, way back in, oh, I guess it must around 1998, and I am amazed more people haven’t cottoned on to what a good band they are. Maybe “Firework Shoes” will do the trick. It’s produced by Rat and has Neville Staples, ex-The Specials and The Fun Boy Three, on a tune called “The Comet Returns”, which sounds like the theme music for “The Magnificent Seven” given the 2-Tone treatment. Ride ’em, rude boy.

Elsewhere, there’s all the musical weirdosity I’ve come to expect from Flipron. There’s psychedelic honky-tonk and fairground rock ‘n’ roll and kaleidoscopic avant-jazz and neo-bubblegum blues. There’s so much colour you’d think they were sponsored by Dulux. There are lots of darkly twisted tales and esoteric musings too, with frontman Jesse Budd out-Tim Burtoning even Tim Burton. “Available for weddings, trials and beheadings / Sporting occasions, autopsies, immolations / We’re low-life seeking elevation,” he sings at one point.

Anyway, we were going to have some Flipron, right? So if you would kindly press the little orange button below, we can listen to “The Big Red Button Must Never Ever Ever Be Pressed”. Lovely.